Periodontitis is inflammation of the gums and supporting structures of the teeth. It is one of the most common human diseases.

Periodontitis is caused by certain bacteria (known as periodontal bacteria) and by the local inflammation triggered by those bacteria. Although these periodontal bacteria are naturally present in the mouth, they are only harmful when the conditions are right for them to increase dramatically in numbers. This happens when a layer of bacteria and food debris, known as plaque, builds up and is left undisturbed on the teeth, commonly in hard-to-reach areas such as between the teeth.

The more dangerous bacteria are able to thrive and multiply, producing some harmful by-products which stimulate the body?s defensive inflammatory response in the gums. As the disease progresses, chronic inflammation causes the bone of the jaw to be destroyed and the teeth to be lost. In many people, this is a gradual process that takes place over many years and, if detected and treated, can be halted. However, some young adults have a very active form of the disease which causes early loosening and loss of the teeth.

Periodontitis always begins with inflammation of the gums, known as gingivitis. This is not always easy to recognize but one of the first signs that you may become aware of is bleeding from the gums when you brush your teeth. The gums may look red and swollen and you might notice a discoloured layer of bacterial plaque on the teeth.

Left untreated, gingivitis may progress to periodontitis, often without any obvious signs to alert you. However, some changes that you might experience over time include: increased bleeding from the gums, which may be provoked by brushing or eating, or even be spontaneous; bad breath; changes in the positioning of the teeth in the jaws; lengthening of the teeth (gum recession); and possibly pain. Bleeding from the gums may be less noticeable in smokers, because of the effect of nicotine on blood vessels, and so the disease process may be masked.

It often happens that the presence of periodontitis is not recognized by an individual until they are 40 or 50 years of age, by which time a great deal of damage may have occurred. However, Dr. Armelyn Dela Cruz is able to detect signs of the disease at a much earlier stage during a routine examination and can monitor your periodontal status using a special assessment known as the Periodontal Screening Index.

A healthy mouth is colonized by more than 700 different species of bacteria, most of which are completely harmless and live in harmony with their host. However, when tooth cleaning is not thorough enough, the bacterial deposits build up next to the gums, forming a plaque, and the conditions become suitable for more dangerous bacteria to flourish. The natural defences of the body are also compromised.

In all cases, periodontitis is caused by the build-up of bacteria in the form of dental plaque.

If the soft bacterial plaque is not removed by brushing, minerals are deposited within it over time and it becomes a hard deposit on the tooth called tartar. The presence of tartar encourages the growth of the bacterial plaque towards the tooth roots. As the inflammation progresses deeper, the attachment of the gum to the root is disrupted and a gap or periodontal pocket is formed between them. This pocket is an ideal place for harmful bacteria to colonize and in which to multiply, therefore driving the disease process forward. In their new habitat, the bacteria release toxins as products of their metabolism, which further trigger the body?s defence mechanisms.

The severity and speed of progression of periodontitis depends upon the balance of a number of factors: the number and type of bacteria present, how strong the individual?s defence mechanisms are, and the presence or absence of certain risk factors. For example, the more aggressive the bacteria and the weaker the immune response of the patient, the more active will be the disease. Added to that, some risk factors, such as smoking or diabetes, can further weaken the body?s defences and speed up the disease process. In the same way, certain drugs, such as antihypertensive or vasodilating agents and immunotherapy, affect the inflammatory response to plaque and make patients more susceptible to gingivitis. However, it is important to recognize that, without the accumulation of bacterial plaque, periodontitis will not occur.

Periodontal inflammation is not inevitable. The development of gingivitis and periodontitis can be prevented by adopting thorough oral hygiene habits, alongside regular professional examinations and support.

Dental floss should be used where the teeth are close together, with little or no space between them, while interdental brushes are suitable for larger gaps. Special care should be taken to clean thoroughly around crooked or crowded teeth, or around fillings, crowns and dentures, as plaque accumulates readily in these places and access might be limited. Antibacterial mouthwashes are a useful supplement to brushing, as they inhibit bacterial growth and dampen inflammatory changes. They should be used after tooth brushing.

If, as a result of an inadequate cleaning technique, plaque deposits are left on the teeth, these will become mineralised and turn into hard, fixed deposits (calculus, commonly known as tartar) that cannot be removed with a toothbrush. Dr. Armelyn Dela Cruz or periodontist will identify these tartar deposits during your regular dental inspection and remove them as part of a professional clean. After the deposits are removed, the teeth are polished with special pastes and cups to create a smooth surface that is less likely to accumulate plaque.

Periodontitis is the leading cause of tooth loss.

If the progress of periodontal inflammation is not halted, the supporting structures of the teeth, including the surrounding bone, are destroyed. The teeth eventually loosen and are lost, or require extraction. Other problems patients may experience include painful abscesses, drifting of the teeth which may interfere with eating, and unsightly lengthening of the teeth with exposure of the roots, as a result of gum recession. 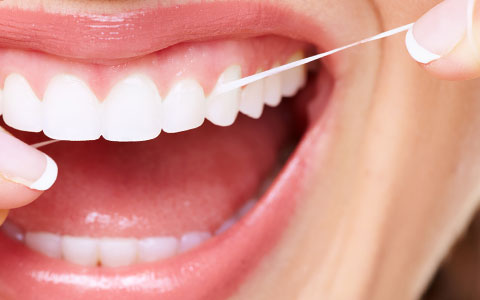 Ready to Schedule Your Appointment?

At Heritage Lane Dental, we have convenient hours that won’t make you miss work or school.

A Renewed Focus on Care & Convenience for Your Whole Family!